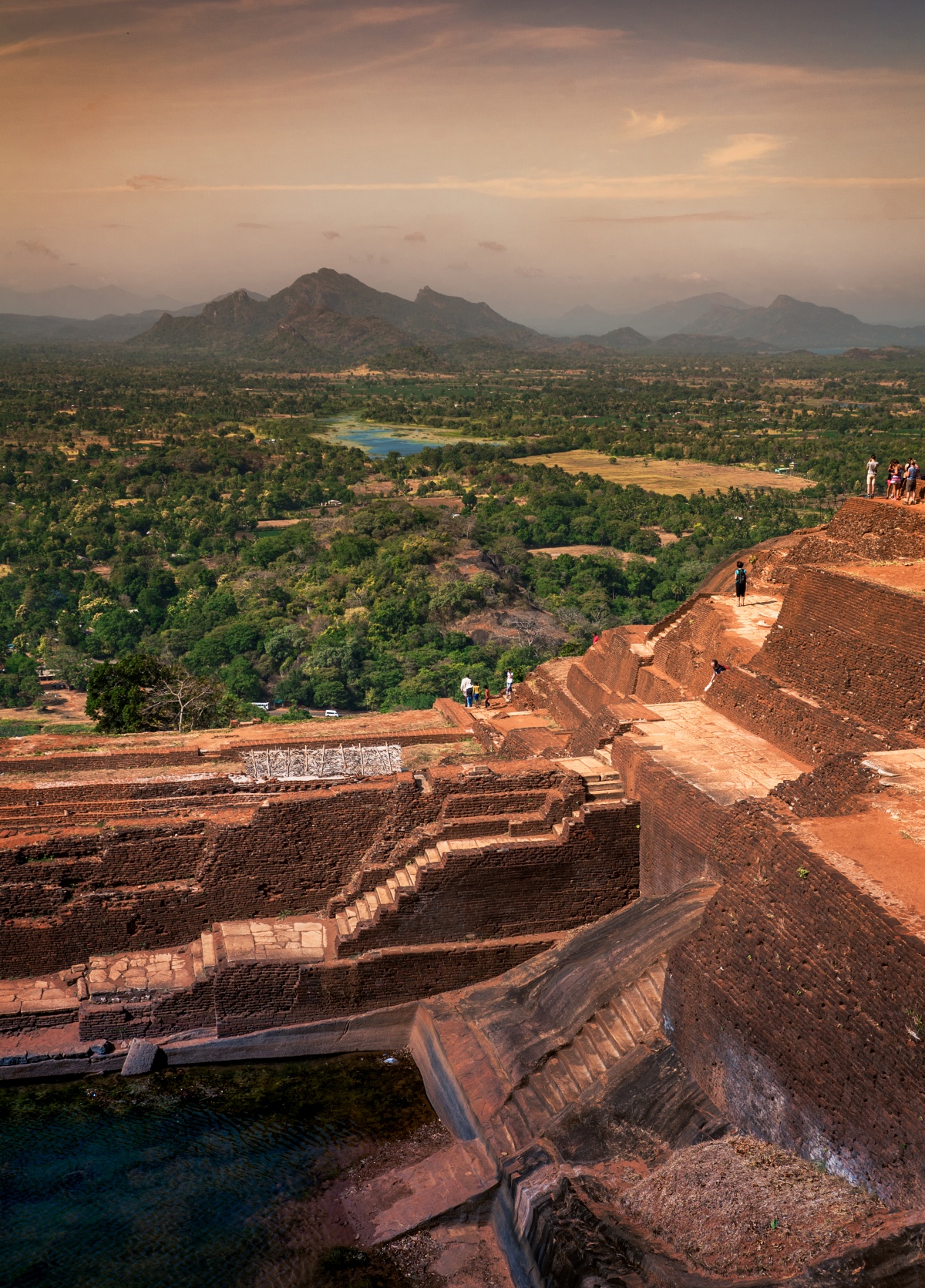 This place has a real Game of Thrones story behind it. Prince Kasyapa was second son and couldn’t inherit the throne so he killed his father. In his paranoia to protect the kingdom from his brother who was the rightful king he built his (pleasure) palace on top of 200m vertical walled high rock. It was super hard to reach and very easy to defend. After 18 years in power his brother seized the castle and King Kasyapa cut his own throat and raised the dagger proudly, sheathed it, and fell dead.

Tip: To get a good photograph of the steep walls go in the evening so that the sun has turned enough to light the walls.